CODING- We all have heard of this word in our day-to-day lives. When we hear about coding, the immediate thought that comes to mind is a Computer/Laptop/PC.

However, here comes Next Skills 360, breaking all the norms! It is an award-winning Ed-tech start-up that is helping thousands of children worldwide learn to code WITHOUT Computers! Yes, WITHOUT-ANY-COMPUTERS!

Next Skills 360 is revolutionizing how children learn coding skills through their innovative and unique, multiple award-winning solution called ProGame, WITHOUT using a computer.

Next Skills 360 is a multiple- award-winning social enterprise that strives to develop engaging, innovative, and fun educational tools that impart quality education to the students. To learn more, visit www.nextskills360.in

ProGame is a very new and unique solution that imparts coding skills to students without using a computer. ProGame is currently available in a monthly theme-based Subscription Box delivered to the user’s doorstep. The organization also has customized ProGame variants to impart coding skills for students studying in/with Government/rural schools, NGOs and CSR Teams

The ProGame Monthly theme-based subscription box’s unique purpose is to impart coding skills to students without using a computer.

The best part is that the screen time for kids is reduced by 75% and their creativity is increased to the level of 100%. Kids can create their own exciting animations, and this keeps them away from screens. Parents will be the happiest knowing this because they are always concerned about the ill effects of technology on their children.

Wondering what exactly is inside a ProGame Monthly Subscription Box?

ProGame – Coding Without Computers is a one-of-a-kind kit that has two components- printed cardboard coding blocks and the ProGame Android Mobile Application.

The kids arrange the cardboard coding blocks in the form of a program, open the ProGame Mobile App and scan the program and voila – The output of the program is displayed to the kid on the mobile screen! Isn’t that so cool!

We received the Month One Subscription Box from the organisation and the name of this box is – TOONS TIME. All of the coding activities in this box revolve around creating fun animations in this theme – Cartoon.

So, the moment we opened the box, we found one surprise gift. We will not tell you what it is….as it is a SURPRSIE.

Apart from this, the box contained all the items mentioned above in the contents.

We downloaded the ProGame App from the Google Play store and followed the simple registration process. All instructions are clearly mentioned step-by-step in the instruction card. You can also scan the QR Code to download the App.

After this, we went through the entire App interface. According to us, this is one of the best-designed Apps for kids. The App is very self-explanatory along with a plenty of features, self-help activities and Leaderboards designed for kids. Kids can compete with users worldwide using the Leaderboards!

The App has two options on the main screen, namely, Self-Help Activities and Video Tutorials.

Self-help activities are graded in 3 sections – Beginner, Intermediate and Advanced.

The Video Tutorials section is for step-by-step tutorials on the coding activities that are present in the box in the form of activity cards.

The activity cards are rectangle printed sheets with the name of activity mentioned on the front, along with the activity number. There is the video tutorial QR scanner on the right-bottom corner, and by scanning it from the Video tutorial section in the app, the user can watch the guided video on how to code using the kit.

Now all the things have been described, let’s code with ProGame and yes, without a Computer.

If you are a new user, all you need is to take out the gaming board from the ProGame box and follow the instructions on the activity card.

So, we took the gaming board, and on the top, there are two sections – one is for placing the backdrop, and the other is for placing the sprite/character. A QR code is printed in the middle of these two. So, we popped out one backdrop and sprite from the dedicated backdrop sheet and made one activity named “Dance Freddy Dance.”

Now we popped out coding blocks from the coding blocks sheet, and the first block we used is a little hat-shaped block that says- “When Flag Clicked.”

We placed this on the gaming board, and then we picked another block that says, “Play Sound,” and after that, we added a repeat block and wrote 35 with the help of a pencil provided in the kit. And just followed all the instructions of the activity card.

Now to view the animation, all we did was scan it using the App, and that’s all! Our code has come alive!The best part is that the App scans handwriting so accurately! ProGame App uses state-of-the-art technology to recognise images and handwritten text.

An absolute recommendation from our end.

In our opinion, ProGame will drastically revolutionalise the way kids learn to code. We did find this extremely interesting and very innovative.

For kids, it is a must-use product. We have been seeing several kids addicted to gadgets. As a result, several doctors are cautioning parents to make children reduce screen time.

Screen time robs children of their health, mental stimulation and creativity. 85% of parents worldwide wish their kids do some other activity than being glued to their screens! Given this background, ProGame gives children a break from all the screen glare, while helping them learn the 21st Century Skills.

The price is also very reasonable at just ₹850; it is affordable as these days a regular tuition class cost more than this. 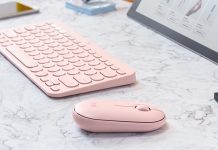 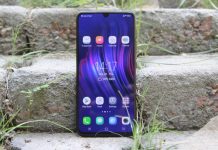 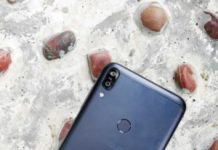 Acer Nitro 5 Spin Review – All You Need to Know.

Oneplus 5T Detailed Review – All You Need To Know. 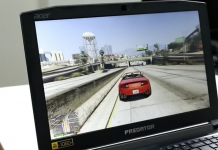